Are you getting enough sun?

Quite a few of us are suffering from a lack of vitamin D.

According to a 2014 U.N. report, fifty-four percent of the world’s population lives in urban areas.  Never in our history have more Americans lived in the city than in rural areas.  And our health is reflected in that.  Environmental Health and Preventative Medicine published a study that showed that people who spent time in the forest had lower cortisol levels, lower blood pressure, and lower pulse rates than those who walked in the city.  Studies have even proven that patients who have hospital rooms that face a park or even a tree have a quicker recovery rate than those who do not.

Not only are we becoming more urban as a society, but we are also becoming more interior dwelling creatures.  People aren’t working as much in the fields and more behind the desk.  Many people are now suffering from vitamin D deficiency.  Since we gain more vitamin D from sun exposure than we do food, it is important for us to get outside.  Our increased use of sunscreen has also lead to a lack of vitamin D in our bodies.  We cover our arms and legs in the colder months and slather on tons of sunscreen in the warmer months.  That does not allow our bodies to absorb the sun’s ray and get the vitamin D that we so badly need.  Of course, I do not suggest rubbing yourselves down with Crisco and bake in the sun, although I do have a cousin that did that.  She said it made her tan quicker.  We definitely want to avoid getting skin cancer.  We need ten to twenty minutes of sun exposure per day without sunscreen to get the amount that our bodies need to convert into vitamin D.

In the winter months especially, we see not only a decrease in vitamin D, but also an increase in Seasonal Affective Disorder, or SAD.  Some refer to this as Seasonal Depression.  It is a type of depression that is related to the changes in seasons, most often in the winter months when the temperatures are colder, there is less daylight, and there is less time outdoors.  Women are diagnosed with SAD four times more often than men.  It is believed that people with SAD may produce less vitamin D, and that may play a role in serotonin activity.

While trying to find a way to cure rickets in the 1920s, vitamin D was discovered.  Vitamin D is vital for our existence.  It increases our bodies’ absorption of calcium which keeps our bones healthy.  We are seeing an increase in osteoporosis.

How can you get more vitamin D?  Go outside!  Cut back on the sunscreen unless you are planning on spending a lot of time in the sun, particularly between 10am to 4pm.  Of course, you want to protect yourself from getting skin cancer, but now we’ve tipped the balance to having a deficiency.

Fish and shellfish are natural sources of vitamin D, specifically oily fish.  Salmon, halibut, or tuna are great sources.  The yolk of an egg, fortified milk, and even some yogurts, orange juices, and cereals are fortified with added vitamin D.  Of course, there are supplements, too.  However, you will only be able to obtain a small amount of vitamin D from food in comparison to the amount you would receive from the sun.

How much sun exposure do you need?  Not a lot.  On average, just getting 15-20 minutes of sun exposure each day (up to 30-minutes if you have darker skin) is the right amount without causing other problems.  If you plan on staying out longer than that, then make sure you use sunscreen.


Posted by Christy Eidson at 11:45 AM No comments:

Who are you talking to? 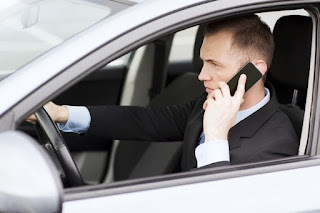 The dogs have a habit of waking me up anywhere between 6-7am every morning for the first walk of the day.  As we walk, we encounter a couple of joggers, maybe another dog-walker or two.  And nearly every day, we see someone in their car talking on their phone.  Who are you people talking to at 7am in the morning?  If someone calls me to "talk" that early in the morning, I am going to be pissed.  I don't even want to be awake yet, let alone talk to human beings.

I can't imagine that it's work-related yet that early in the morning.  Is it friends chit-chatting on the drive to work?  That's annoying.  I want my alone time of listening to my music before I have to deal with people.

Who are these people talking to and why do they need to talk to them so damn early in the morning?  It's alarming.

I used to be more of a social butterfly.  I used to love, L-O-V-E, to talk on the phone when I was 14 or 15.  I would talk on the phone every day for HOURS.  Sometimes, a friend and I would not even really talk, but we would watch TV together...on the phone.  Even in my 20s, when I was working a job that I could multitask while on the phone, I would talk to a friend who would be watching TV.  We'd watch "Days of our Lives" together, and by together, I mean that he would watch the show and relay to me what was happening.

But now at 47, talking on the phone is just torture.  Can't you just text me what you want?  No one really calls me anyway except people trying to extend my warranty or sell me insurance.  I keep my phone on silent constantly, because why not?

I don't understand the need to text while driving.  Who are you people needing to talk to so badly?

Maybe I'm just turning into a hermit in my old age, but I just like my alone time now.

You think I wouldn't because I grew up as an only child, but I really like my "me" time.

Are these same people having the 7am conversations the same people who can't go places alone?  There are people who can't eat in a restaurant alone or go to a movie alone.  I never understood that.  If I want to do something or go somewhere, I'll be damned if I deny myself that because I can't find someone to do it with.  And maybe that mentality has conditioned me to prefer my own company to others.  No compromises, no conditions. 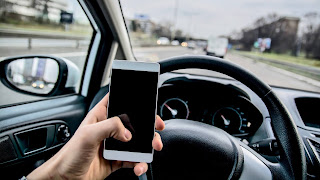 Posted by Christy Eidson at 11:22 AM No comments:

The Butcher of Hannover - SHORT STORY

*This is based on a true story.* 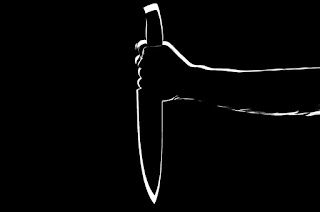 Posted by Christy Eidson at 7:17 PM No comments:

I hate to sound like an ad, but Dawn is awesome! I bought the foaming kind the other day, afraid that it would be watered down crap, but no! It's great. You barely need a half a pump to clean. I think it even works better than the regular Dawn.  I was afraid that it would either be too watered down or that a bottle would be used up quickly.  But that was far from the case.  With a half a squirt, I also needed very little water to clean.  And a little squirt goes a very, very long way.  I think that I will be buying the concentrated Dawn Platinum foaming soap from now on.  This is the same inquisitive excitement that I felt when I discovered Fabreze!

If you are a college student, a van lifer, or just plain frugal like me, you are getting a lot of bang for your buck.

I did a search for biodegradable soap, and Dawn came up.  I was surprised.  It also contains no phosphates. 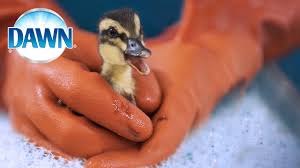 Then, I found this article:
https://www.onegoodthingbyjillee.com/uses-for-dawn-dish-soap/

I remember as a kid using soap to make bubbles, but I didn’t realize everything else.
We’ve all seen the Dawn commercials where the ducks and other animals were cleaned from oil spills and other disasters with a bath in Dawn.  If you’ve ever been in animal rescue, Dawn is almost always used to wash the animals once they are rescued.  It is a flea killer!  Of course, when you wash an animal, begin with their butts.  I know that sounds weird, but fleas will crawl into the anus to escape the wash.  You have to block their exit to safety.

It’s great for washing your own hair, too.  It can get out greasy messes or cleanse hair product build-up.  And it’s safe on human and animal skin.

Sometimes when you have houseplants, they can attract gnats and other pests.  Put a drop or two of Dawn in a spray bottle filled with water.  Shake it up to mix it and mist your plants with the soapy water.  It won’t hurt the plants, and it will get rid of the bugs.  Sometimes, gnats will gather around sinks.  Put out a small dish filled with apple cider vinegar and a few drops of Dawn.  Mix it up with your finger.  Gnats will drown themselves in it.  Dawn also repels ants, aphids, and many other insects.

Dawn can clean oil spots on your driveway or in your garage.  Use it to pre-treat oily stains on your laundry.  It’s great for any oil stain situations that you may have.

The article even claims that Dawn can unclog drains!  Is there anything that it can’t do?!
The irony of Dawn doing such a good job of cleaning oil as that it is made of a small percentage of petroleum.  While that may turn some off of the product, it doesn’t me.  Who hasn’t used Vaseline, chewing gum, lip stick, shampoo, ball point pens, candles, or aspirin (just to name a few)?  Oh, yeah, and your solar panels may very well contain petroleum.  While there are “greener” products out there, they cannot compare to Dawn.  They have been helping save wildlife for over 40 years.  They have donated thousands of bottles to wildlife rescue workers.

Now, if we could just get Proctor & Gamble to stop testing their other products on animals.

Posted by Christy Eidson at 10:00 AM No comments:

Other Ways To Find Me